You can’t strike up a conversation with Marc Ching and not get choked up. His pain is palpable even through a phone line. It goes straight to your gut and leaves you questioning everything you knew about the human kind. 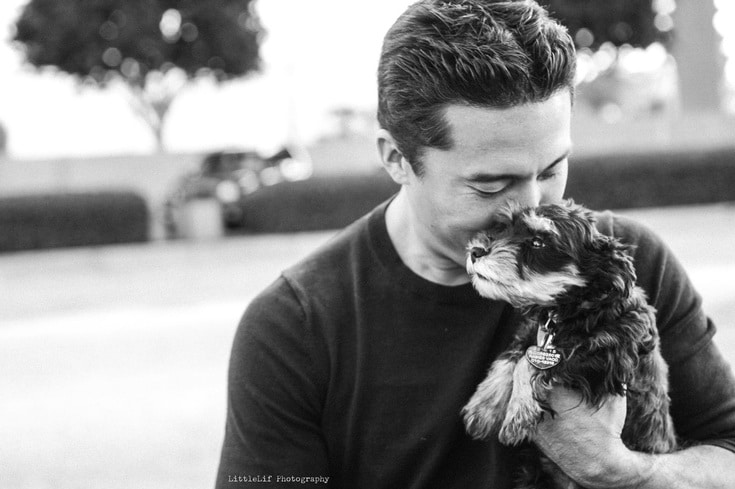 Are we the evolved species ? How did we get here …?

He got choked up himself a few times and I could tell there were tears rolling down his face as he was recollecting a memory from his last trip to Asia. A dog in a slaughterhouse after having been skinned still alive and thrown on the slaughterhouse floor, in his agony still crawled to a human in search of some kind of comfort while taking his last breath.
I felt my soul getting dark and shattered as I heard my own babies running through the house, and I could never imagine them becoming dinner for someone, much less being tortured first.
What happened to us ? How did we lose our ability to feel compassion for other beings sharing the same Planet as us ? If we don’t have the capability to exercise compassion than what are we ? Are we even human anymore ? Or just savages going 1000 miles / hour in the opposite direction we need to go?

According to the Humane Society, an estimated 30 million dogs are eaten annually worldwide.

Let that sink in for a moment… 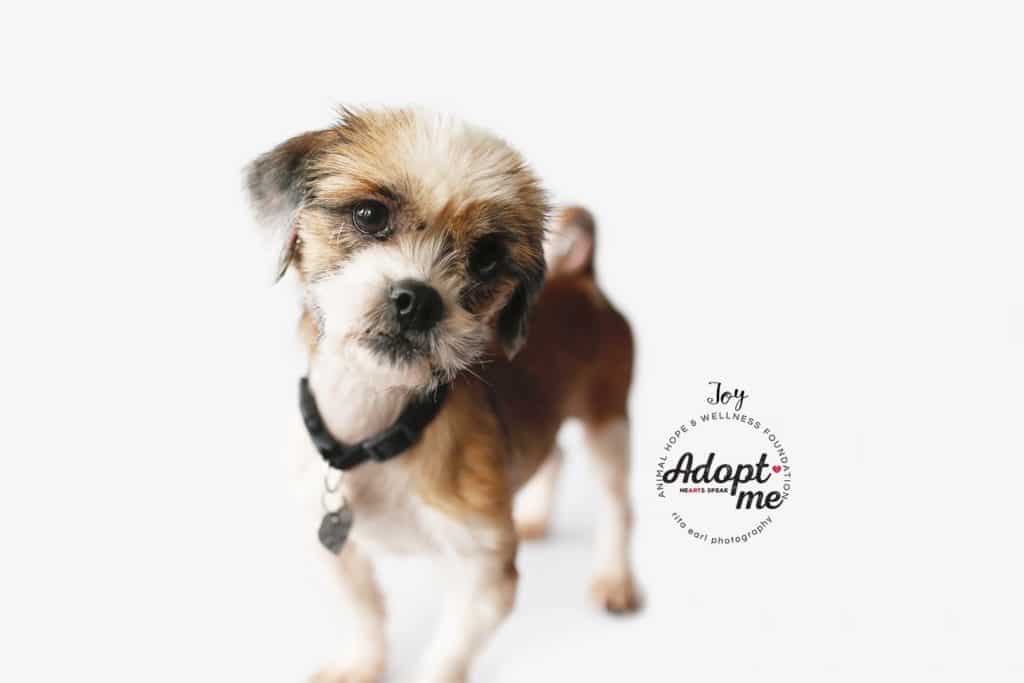 Meet Joy. She was rescued from a farm that was shut down by Marc Ching in South Korea.

I keep asking myself over and over again, and also wanted to hear it from Marc: how did we get to accept animal genocide as a norm and birthright all while pretending to give thanks to God for all his blessing…?!
I asked Marc: Why do you think we do the things we do and is there hope ?
His answer: ” because perversion is at its high with very little hope.” 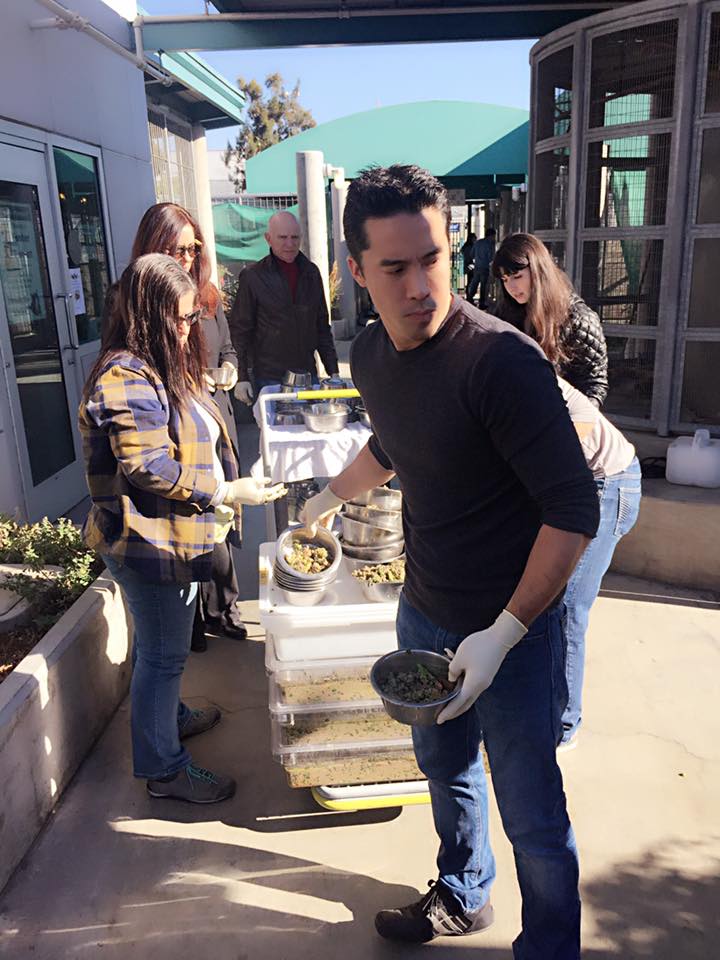 Yet in spite of all the perversion and torture he has witnessed, he still believes in compassion and humanity.
Marc opened up about his adoption as a child, about the time he went to prison at only 20 years old and how that changed who he is today.
He says: “ I know what it’s like to be in a cage. You have hope that someone’s gonna save you. I don’t really believe in God anymore, it’s difficult when you live this type of life. I believe in humanity, forgiveness, compassion, I hope God exists and that there’s something after. I hope there is some type of salvation for those who have none “
I felt myself getting chocked up yet again, and the irony here is that someone who doesn’t believe in God anymore just gave me hope. 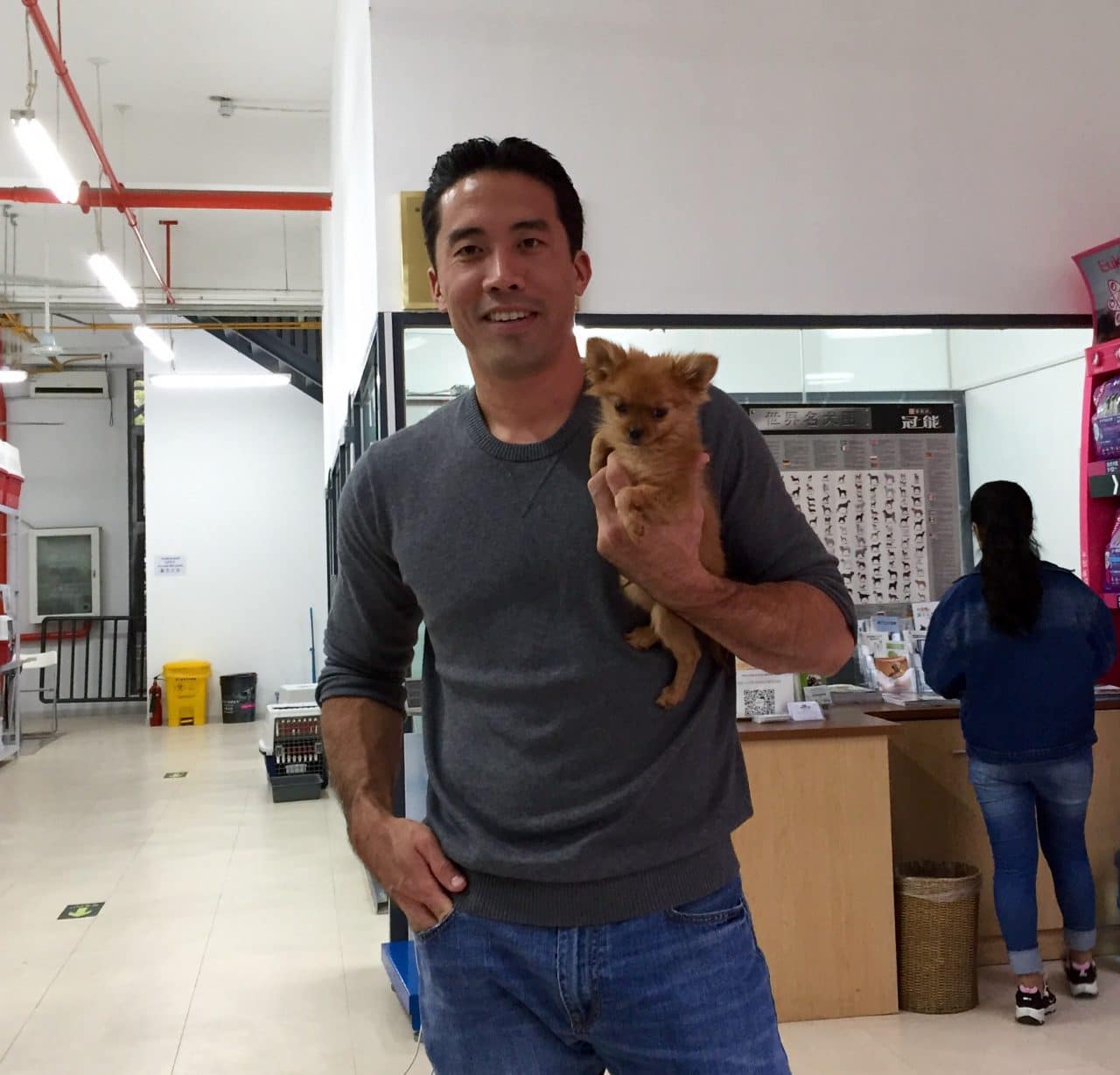 We talked about his first trip to China in September 2015.

He went to see with his own eyes that the Dog Meat Festival was real!

He told me how he went from reporting to a rescue mission. We talked about the 57 dogs, a duck and a lamb he rescued on that trip and how amazing it felt. So he went back again, just to see the deep darkness that brought him on the verge of suicide where he realized he could not live his life If he stopped doing this.
So he went back again and again, risking his own life intercepting trucks in transit filled with up to 1200 dogs at times on their way to the slaughterhouse. Dogs are not considered livestock and so there are no regulations.

He also told me about a man he met in Cambodia, a human being who sold his own 2 children into the sex trade and who owned a high torture slaughterhouse. They eventually shut it down, stopped the trade and even helped this person set up a successful business. That same man went on to become a speaker against slaughtering animals. 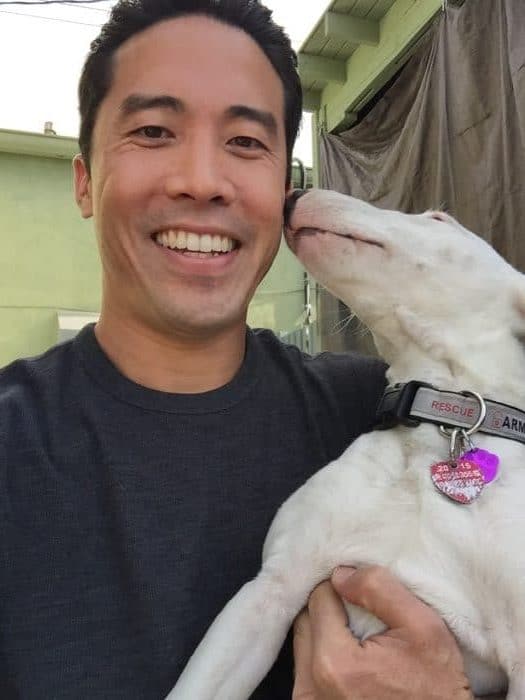 Florentina: Why do you keep doing this, torturing yourself in the process ? What is your life’s purpose ?
Marc Ching: My purpose is that I gotta be there, to be standing there to pass legislation to save animals.
It was after seeing one of Marc’s videos in my Facebook feed that I went vegetarian right here on this food blog, and then fully vegan and starting the Veggie Society project. I couldn’t reconcile that we were doing the same exact things to other animals right here in the USA as it was being done to dogs in Asia.  I had to immediately stop promoting the slaughter and torture of animals via my food blog and start doing my part to help by being a voice for these animal’s souls.
The purpose of this very article is simply to bring awareness about the reality of life for these dogs and to help make a difference, because together we can change.
At the end of our conversation we agreed that our only hope is education, and Marc already has set in motion some educational programs through his foundation.
He made it clear a few times that he doesn’t want this to be about him, it is about the dogs and their suffering.
Personally I believe we found our cure for ignorance thanks to Marc Ching, but it is still up to each one of us to use it.

Here are a few ways you can help!

L.A. Friends: you can drop donations off at The Animals Hope and Wellness foundation found at 14456 Ventura Blvd, Sherman Oaks, CA 91433. Or call (747) 998-5568
Marc Ching is the founder of The Animal Hope and Wellness Foundation, an organization that rescues and rehabilitates extremely abused dogs from the meat trade farms and markets and finding them homes with good humans.