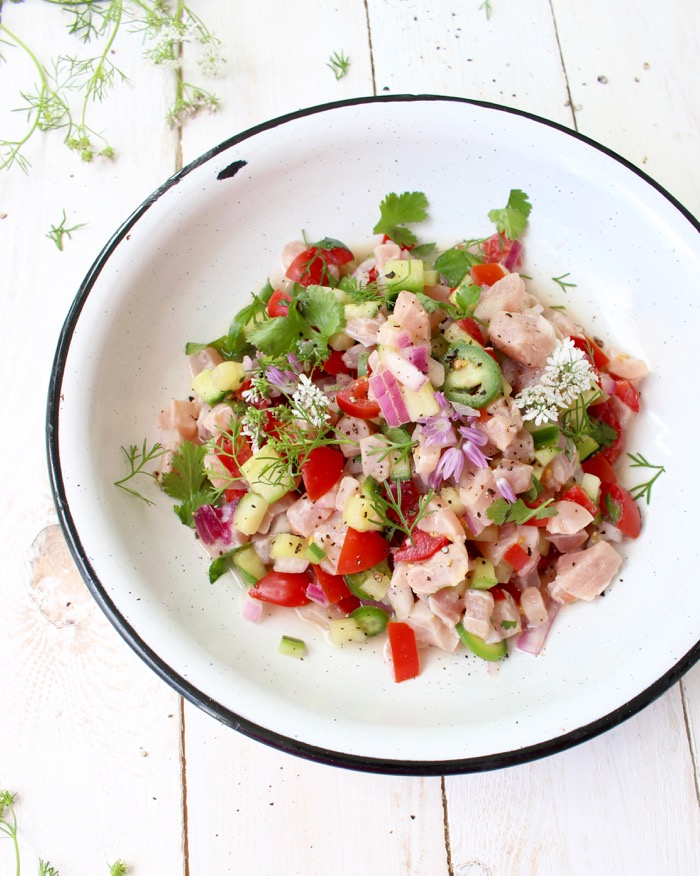 Jump to Recipe
I have been living on fresh wild ceviche for the past week and I am absolutely convinced this is the only way to live.

You can also make it with tilapia, shrimp, tuna, crab and even octopus.

This Mexican ceviche recipe has taken over my life you guys!

If you follow along on social media you probably saw that the BatMan brought home the Marlin, like a Boss ! Over 100 pounds of wilderness just for the two of us. I told him he’d be sleeping on the beach in the hammock If he didn’t catch a Marlin, and can you imagine that before noon he delivered ? Now he gets to stay forever you guys teeheehee

Let me just take a minute to brag about the best sashimi and exotic Poke ever, of all times, you can taste the ocean in every bite, pure blissful perfection ! I have never tasted seafood this amazing in my entire life.

And then there was Mexican ceviche, because we were in Mexico and that’s how we do!

And more ceviche, lots of ceviche. I mean I’ve been eating ceviche for breakfast kids. Just between you and I, my habit is clearly out of control.  But how can I make this be my every day ? Fishing, making ceviche, cooking fish and kicking sand out of my chuncletas ? I’m kind of ready to retire to be honest. 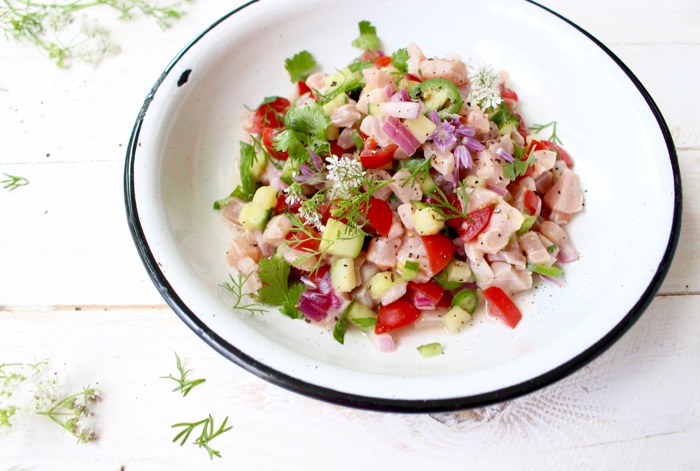 When I’m talking about ceviche I am referring in particular to this Mexican ceviche recipe I learned from a Mexican chef in Cabo a couple of days ago. Nothing complicated, but the perfection of each ingredient shining through in every single bite.

I’m already a tomato and cucumber fanatic, say hello to grandpa’s ultimate cucumber tomato salad from last week, then add a bunch of freshly caught marlin to the mix and you hit Nirvana !

The only thing I left out from the chef’s Mexican ceviche recipe was the pineapple. The chef added about a cup of diced fresh pineapple in the mix, so If you wanna go all the way Mexican style throw some of that in there as well.

As you might have noticed, summer days are made of ceviche around here. We love variety and I suspect you might just really like some of the other ceviche recipes on this blog as well.

Today is all about this Mexican ceviche that takes the cake, If you have fresh seafood available. 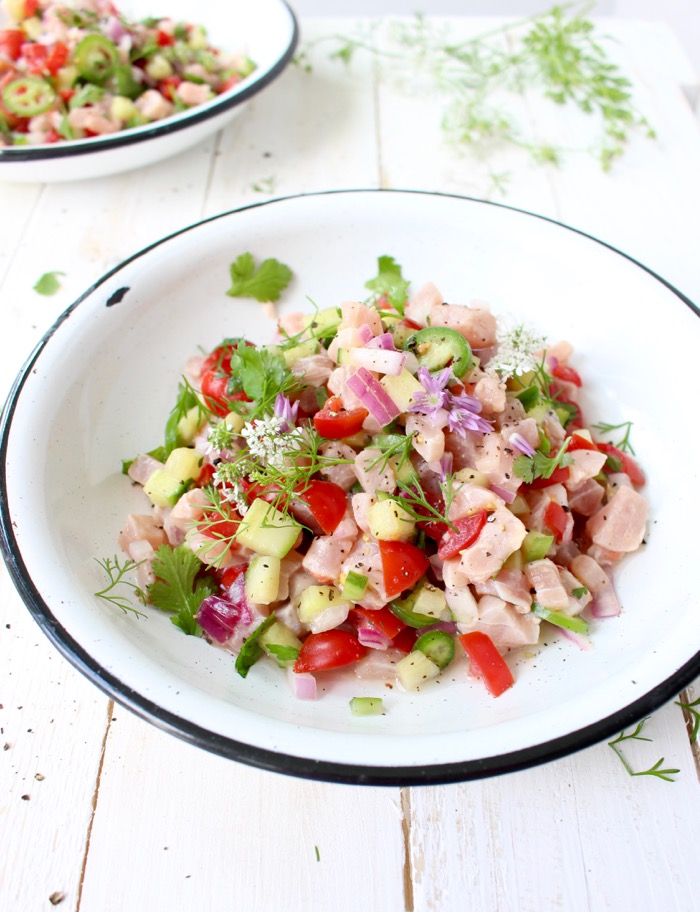 The recipe suggests you refrigerate the ceviche for a couple of hours to marinade in the lime juice. However, because we had such a fresh amazing fish to work with, we simply tossed the ceviche together and enjoyed it right then and there, sashimi style. No marinading needed when you deal with perfection.

Greatest thing about fishing in Cabo besides fantastic seafood, is that once you get back to the Marina there is a special place where they process the catch of the day for you. Vacuum seal it, freeze it and even smoke some if you like.

Everything is just ready for you to hop on a plane back to the United States with a cooler of goodies to make this Mexican ceviche as soon as you get home.

I also made us some marlin poke in a homemade ponzu vinaigrette with grapefruit slices last night. I can’t even begin to tell you. If poke is your thing you must check back in couple days for the recipe because this one is killer. 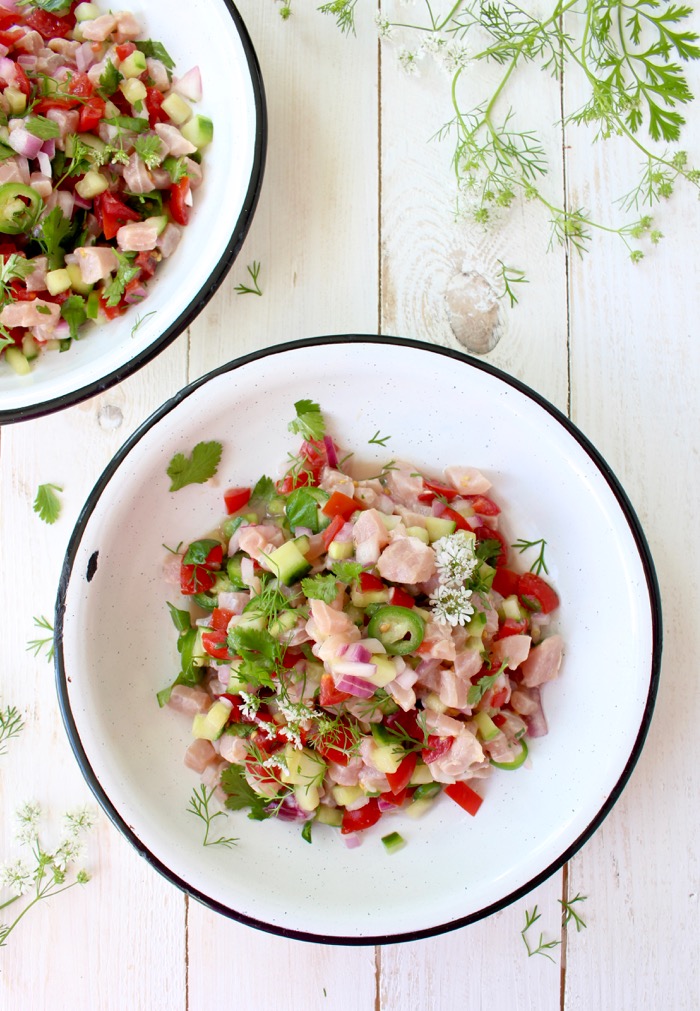 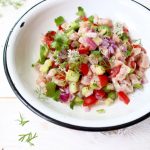 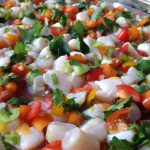 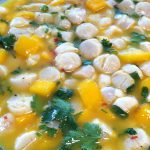 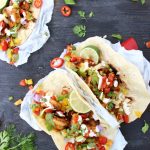 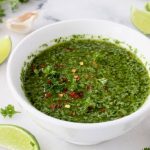