What is a Calzone vs Stromboli vs Panzerotti ? That is the question! 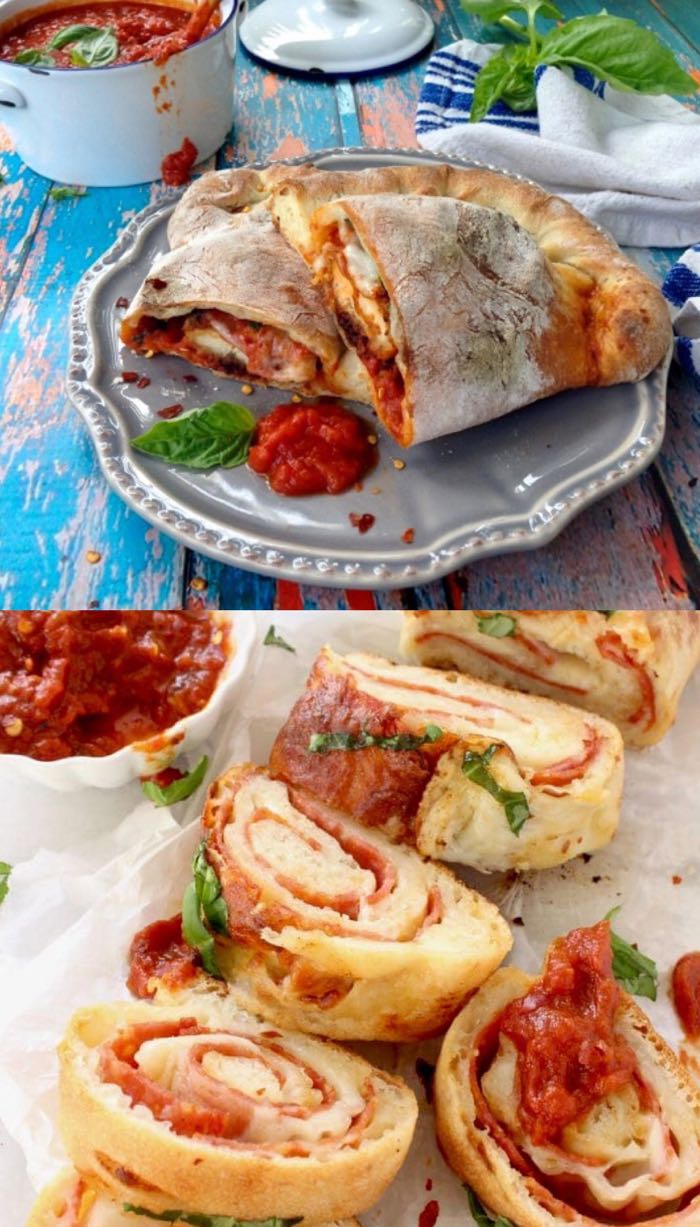 “ Calzone ” is literally translated from Italian as Stocking or Trouser, but when it comes to food it is actually a savory turnover originated in Napoli, Italy.

A pizza pocket of sorts, made with pizza dough, stuffed with cheese, a little sauce and vegetables, or Italian meats like: hard salami, bresaola, sopressatta, capicola or prosciutto. Then it is oven-baked and served with extra Marinara or Arrabbiata sauce on the side. Just like this chicken calzone, but If you asked me, the spinach and ricotta combo is the real deal.

1. What is a Calzone vs a Panzerotti or Panzarotti ?

A Panzerotti or Calzoni Fritti is usually a small Calzone that is fried instead of baked that originated in Southern Italy, also known as fried pizza. So really, the unhealthy version of a calzone 😉

2. What is Stromboli vs Calzone ?

Stromboli was actually invented in the United States in the 1950s and named after the movie Stromboli, directed by Roberto Rossellini. Similar to a calzone, a stromboli is actually a rolled up pizza with meat and cheese that is baked, and then served with the sauce on the side. So imagine preparing a thin crust square pizza with toppings but no sauce, then rolling it like a newspaper and baking it.

They are both folded pizzaz with similar ingredients, but while the calzone is stuffed, the stromboli is rolled up without any sauce inside to prevent it from becoming soggy. That is the difference between the two.

3. What is the best way to re-heat a Calzone and a Stromboli ?

In a preheated 500″F oven on a hot pizza stone, so just like baking pizza.