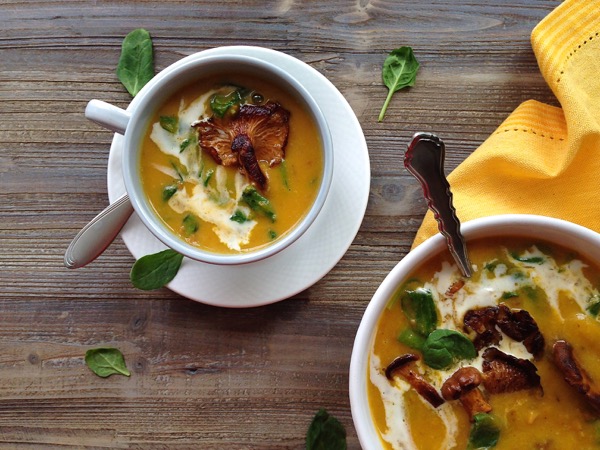 Chanterelles are like mushroom royalty to me; so what better time to treat yourself to some than during the holidays, right? And as much as I love and use them, I realized I haven’t posted any chanterelle mushroom recipes. Whaaat ? I need to fix this!

I think of them as vegetarian’s meat, if that even makes any sense to you, which is how I got the idea of pairing them with the butternut squash. Because butternut squash and meat love to spend time together in a big heavy simmering pot; (now it should make more sense), if it doesn’t yet I promise it will all come together for you once you taste this insanely delicious chanterelle soup. 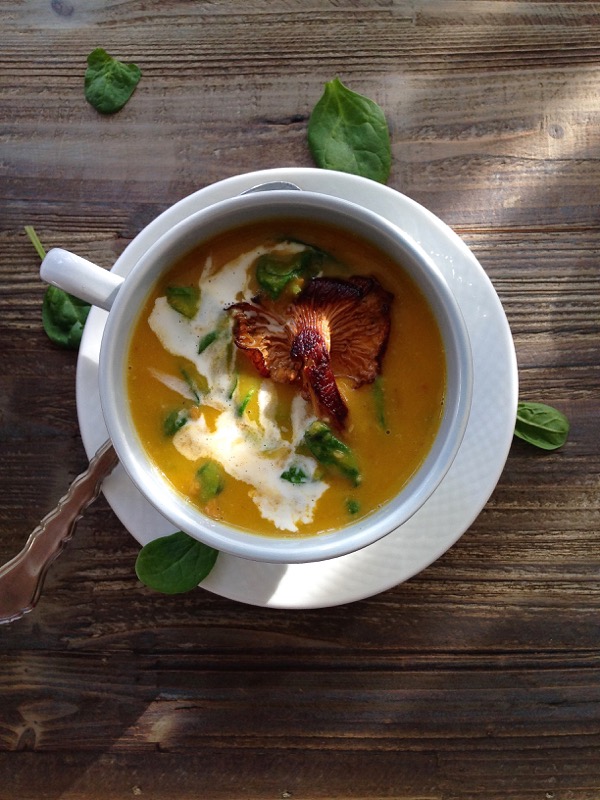 It was my first time preparing it this way, and I decided this chanterelle mushroom recipe is a keeper from the first bowl. I’m not going to tweak it at all.

It is a simple, easy chanterelle soup, but with loads of flavor and texture going on from butternut squash and spinach.

I only added a symbolic amount of cream at the end, not at all because the soup needs it but because I also added a couple of handfuls of spinach in there. Personally I am very fond of that thing between cream and spinach and freshly grated nutmeg, you know? 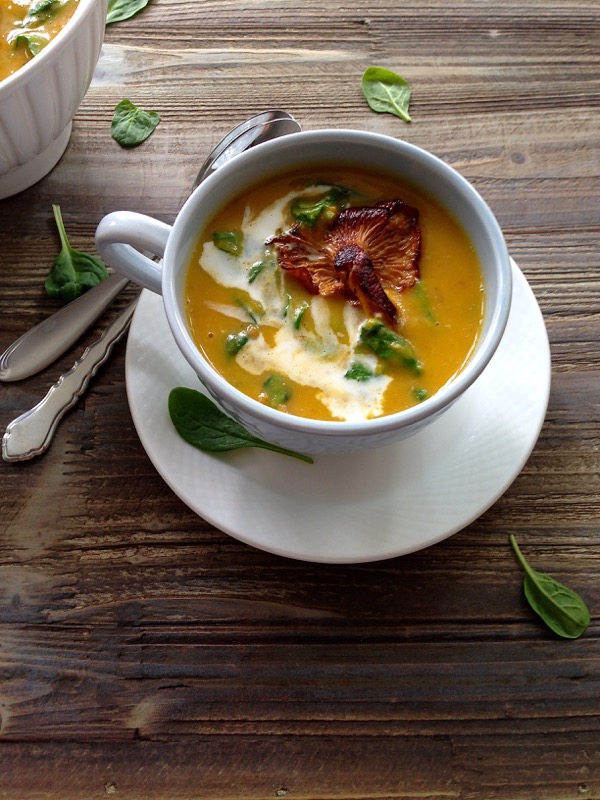 However kids, If you are on a vegan diet just ignore all that rambling, Ignore the cream, I promise I won’t be offended. And now that all that makes sense, off you go to pick some golden chanterelles and make some of this butternut squash chanterelle mushroom soup recipe that will make even grandma really proud.

I remember how I used to be all about my award-winning roasted butternut squash and apple soup, which I still love by the way, but this hearty chanterelle soup is giving it a run for its award big time. You’ll see! 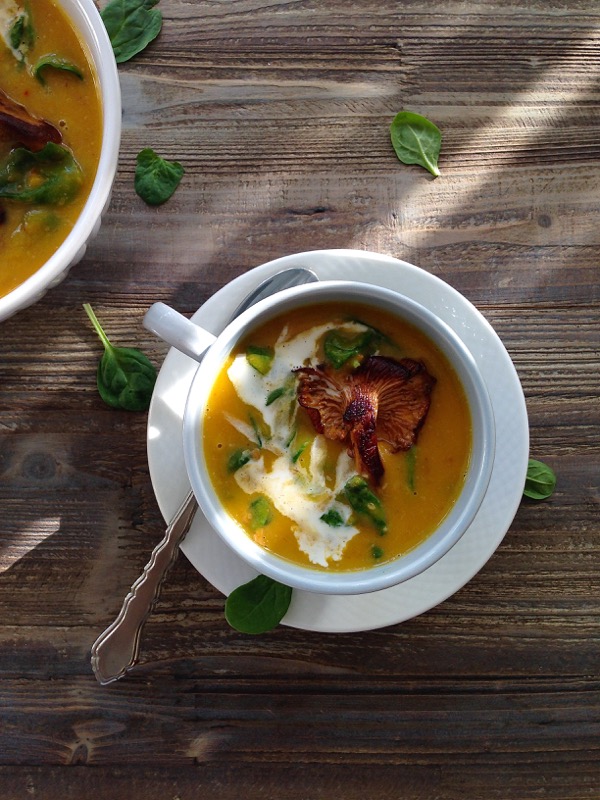 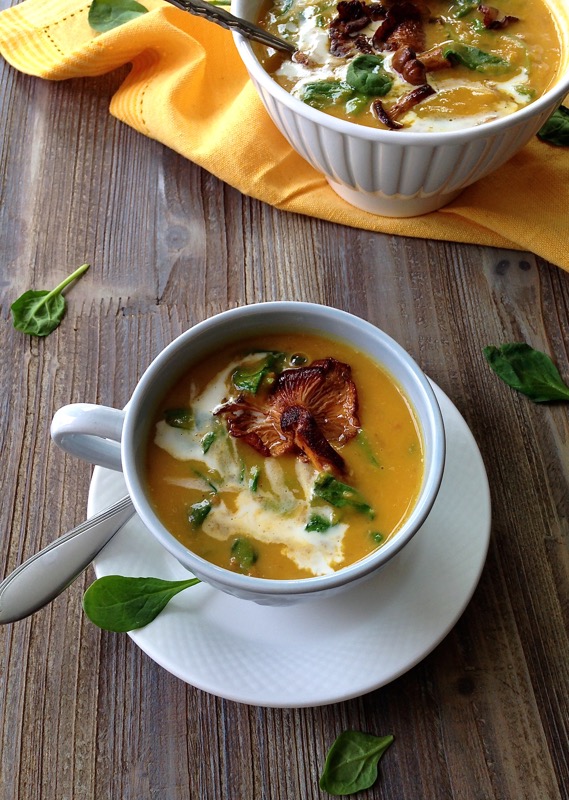 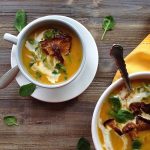 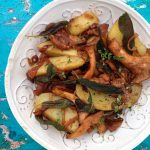 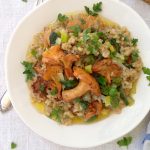 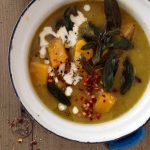 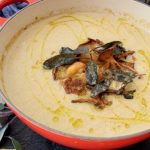