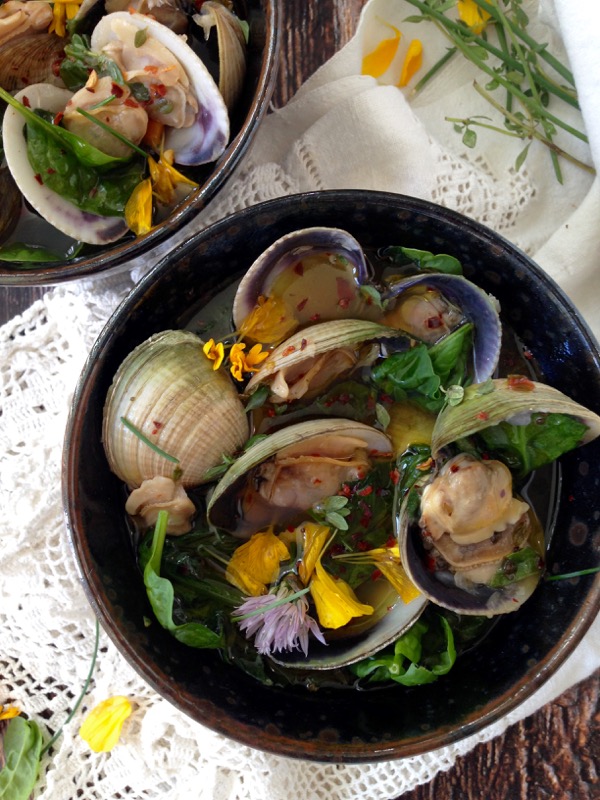 I’ve been waiting since last year to finally share this spinach clam soup with you guys. That’s because I can only find these cute wild baby clams during this time of year.

If you had stopped by last night, you would have found us with our heads buried into a bucket of these garlic clams. This morning, I was at it again with the clam soup. Really, i can’t help myself !

I wanted to make a healthy summery variation of clam soup, light and vibrant with lots of nutrition. Not to say that there’s anything wrong with a little indulgence in a bowl of comforting creamy clam chowder. But that’s something I crave once the weather cools off a little bit in the fall.

Back to my summery clam soup over here, it is just bursting with a medley of fresh flavors. I start the base with tons of garlic and a couple of anchovies melted in the olive oil, then i build on layers of flavors with some white wine, fresh tomatoes and finish with wilted baby spinach. Such a beauty, I swear !

I had some Sicilian oregano left in the pantry, which I swear totally makes this clam soup. Speaking of which, we will be in Sicilia in a few days, I am so giddy with excitement is not even funny. Not only because I’m gonna load up on more Sicilian oregano, but we are actually going on a real adventure, across the country side from Palermo to Taormina, just the two of us ! 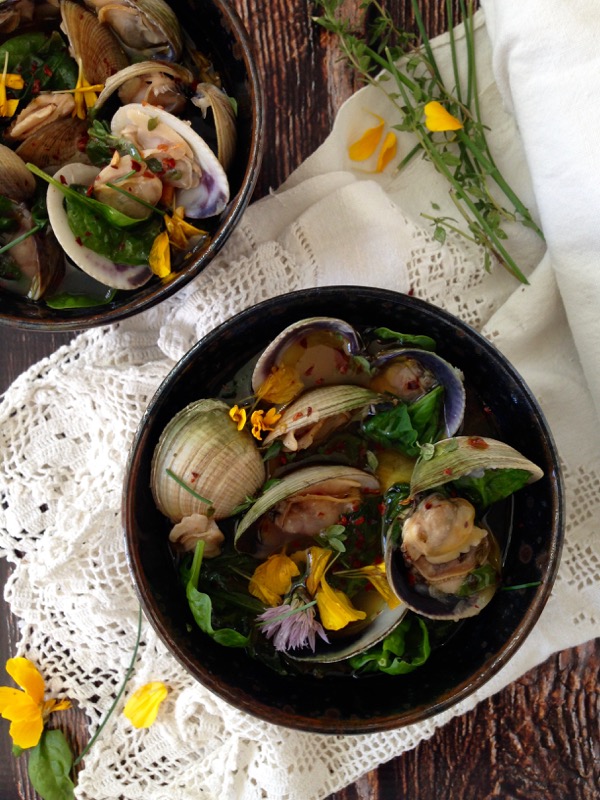 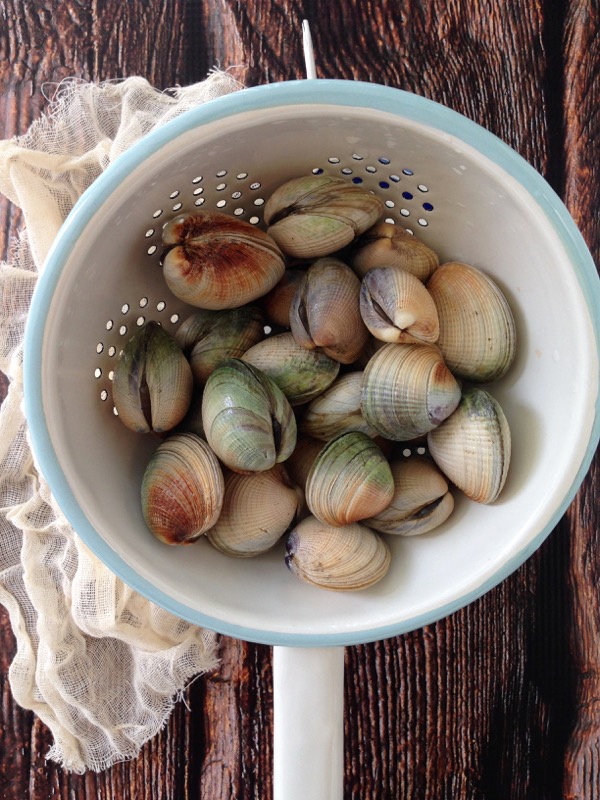 I planned for us to spend one night in seductive Palermo, you know, to set the stage for a romantic kiss on the rooftop of a hotel overlooking the aristocratic city. Then hop on a train to Taormina early in the morning, extra Cannoli in hand !

I am already worried my iPhone won’t be able to take it all in, that I’ll snap away to many photos before we even get off that train. That we will back on that train in the blink of an eye with the nostalgia of that summer in Sicily…Or that I’ll try to convince the love of my life that there’s only one way to live for us, and that is to just stay in Sicily, raise a family and open a bed and breakfast on a rocky hillside by the sea. Go fishing, grow tomatoes, breathe in the life because it runs so swiftly …

I really don’t know, but I decided I won’t schedule any blog posts for this period of time. I will of course share it all with you when we return, or from over there, If I do convince my man we need to stay… And then you can all book a room at our B & B and come sit under the Pergola with me, eat Cannoli and sip on espresso !

Meanwhile I hope you’ll make a pot of this clam soup, I’d probably serve this one at the B & B , which I would most likely call something original like “ Ciao Florentina Palazzo “ 😉

And by then, I hope that I would have figured out how Google really works, so you guys can find all the Sicilian recipes I’ll be blasting on this blog. Fingers crossed 😉

So tell me: have you ever made clam soup ? Most importantly have you ever been to Sicily ? If not, is Sicily on your bucket list ? Tell me ! 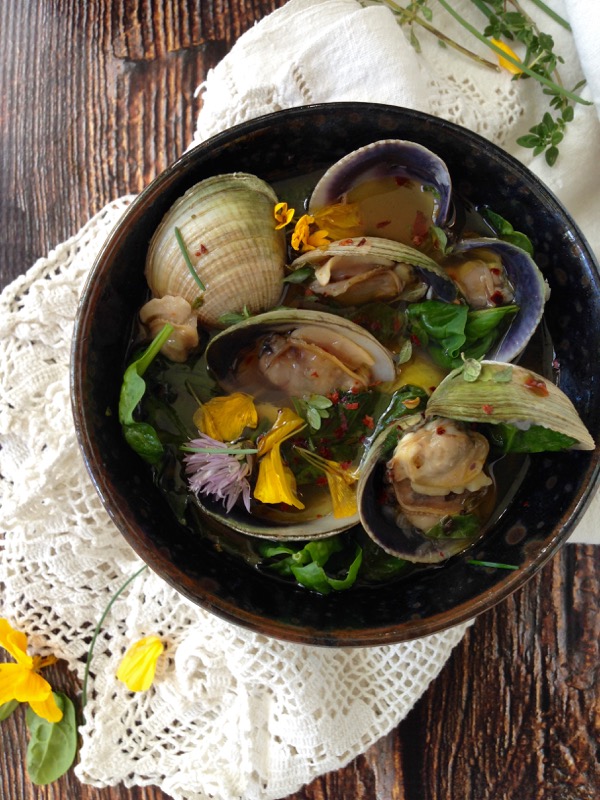 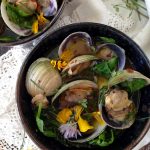