The best and easy leek potato gratin recipe made with cream, thyme, chives and finished with a layer of mushroom jack cheese. 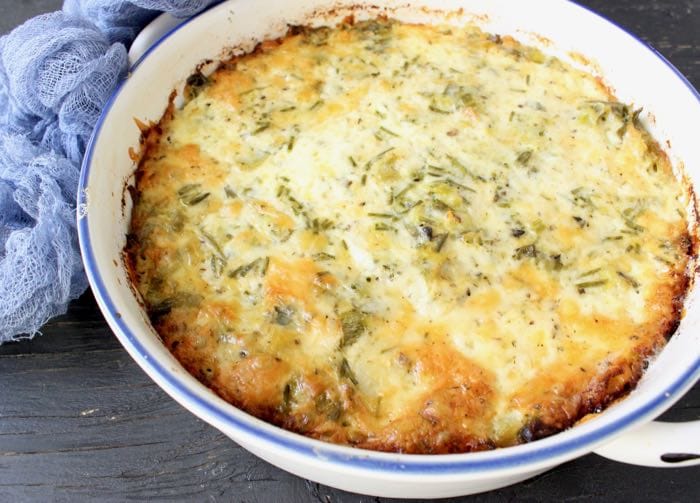 Sauteed leeks and paper thin sliced golden potatoes are the star in this comforting vegetarian potato and leek gratin, a dish originated in French cuisines that spread all over the world.

I used my mandoline slicer to slice the potatoes so thin you could read the morning paper through them. Then I saute the leeks until they start to get some color and layer all the goodies in a shallow baking dish. 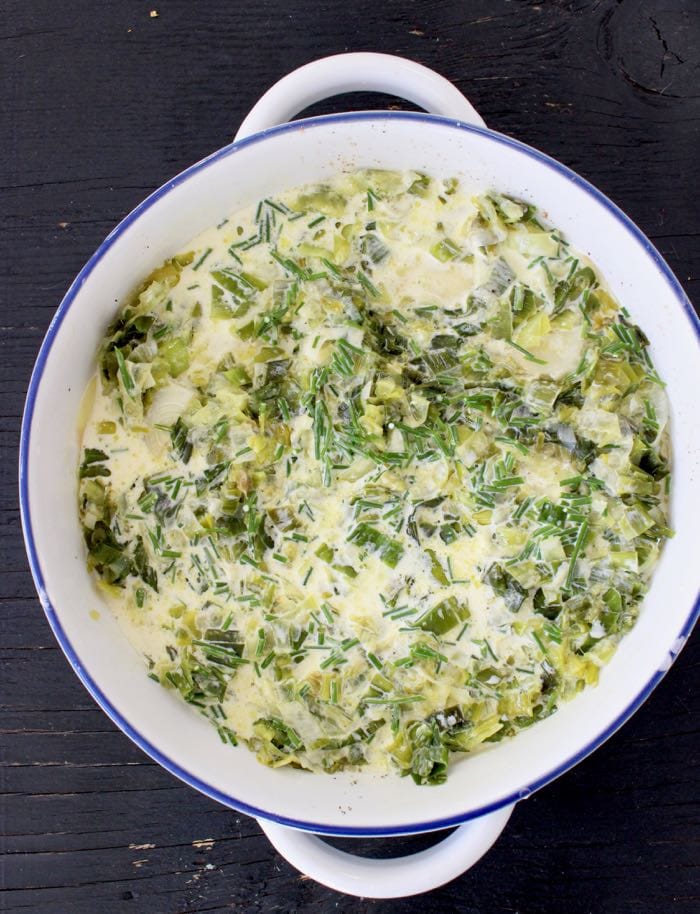 Because a leek potato gratin screams comfort, I whisked together some heavy cream with a large egg yolk and chives for a custardy like finish to pour over the top.

Sprinkled with gooey mushroom jack cheese this is what comfort food and chilly winter days are all about. No flour needed. 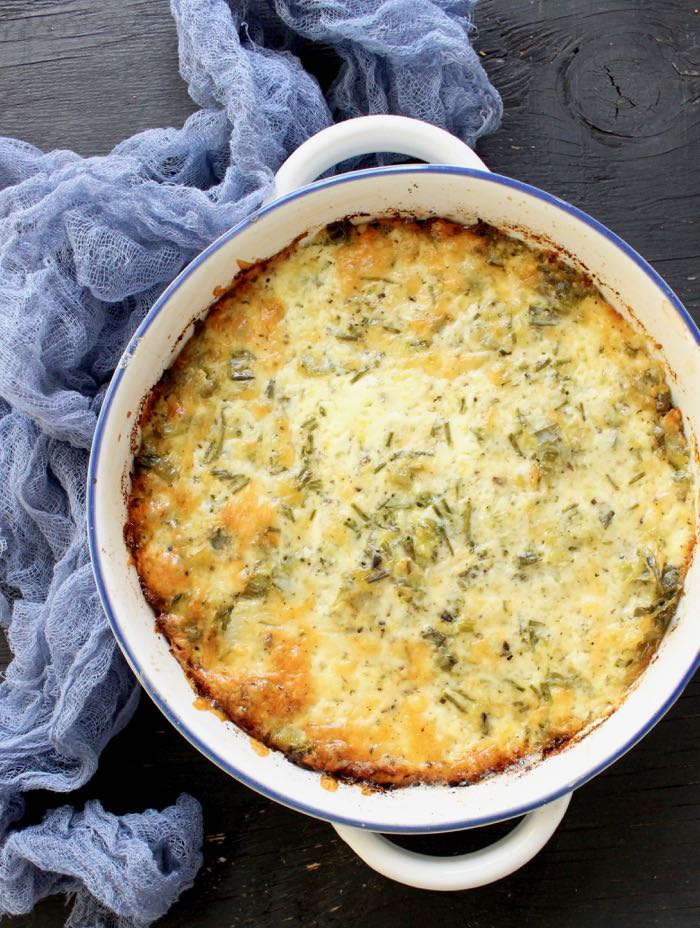 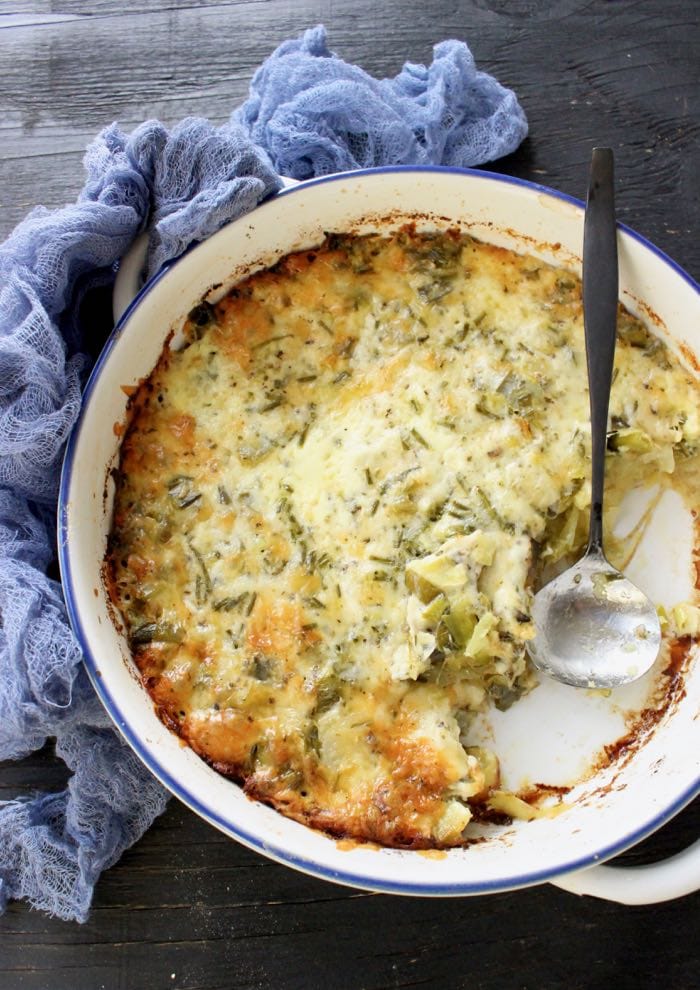 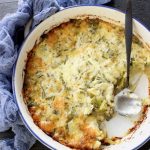 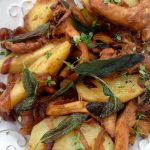 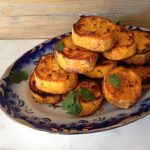 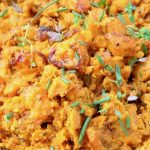